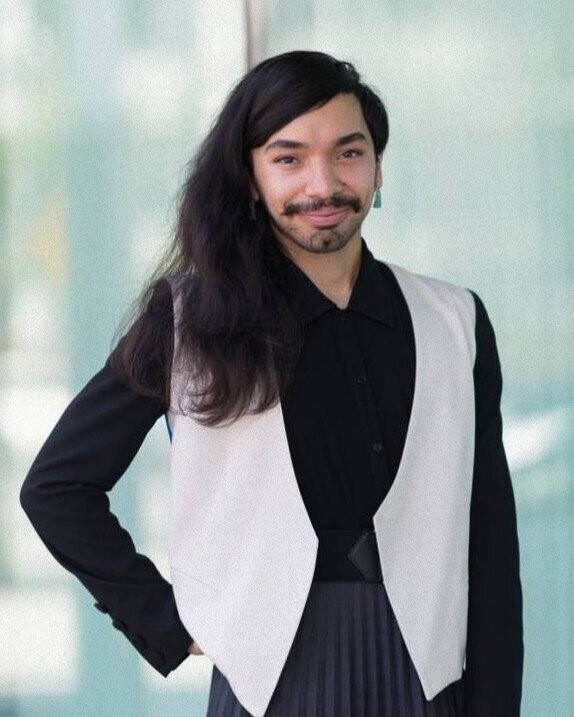 Eden Luna
They/She
Diversity Equity and Inclusion Consultant
Eden Luna
Eden Luna (they/she) is a Diversity Equity and Inclusion Consultant with ten years of experience in LGBTQ+ and Latine organizing movements. Born and raised in East Los Angeles, Luna grew up in a migrant household. They overcame challenges at home linked with domestic violence, alcoholism, poverty, and migration. At the early age of 5, Luna became aware that she did not experience gender in the same way as the other boys and girls. At puberty, Luna was diagnosed with gynecomastia. Without access to the language and safety, they did not “come out” until the age of 16. Luna later “came out” several times over the next ten years, as language continued to evolve. At 18, they ran away from home and started college. She couch-surfed until Luna could find stable housing in Long Beach. Luna immediately became involved with community organizing at Cal State Long Beach and The LGBTQ Center of Long Beach. At 23, cancer affected their mother and nonbinary sibling. Luna repaired a relationship with her family and cemented their career at the Los Angeles LGBT Center. Luna fostered partnerships between local city governments, grassroots movements, nonprofits, schools, corporations, and family businesses. 1.5 years ago, Luna underwent Facial Feminization Surgery as part of her transition. Luna continues to use their voice and network to advocate for transgender, nonbinary, intersex, two-spirit, migrants, survivors, and people of color. Luna serves as a Councilmember of the Trans Advisory Council of the City of Los Angeles. They also serve as a Boardmember of the Trans Advisory Board for the City of West Hollywood. Luna is also on the Board of Directors for Beyond Binary Legal, a nonprofit legal organization that serves nonbinary people. Luna also provides consultations to the Human Rights Campaign, SAGE, and many other nonprofit organizations. Luna is also a dancer, performer, photographer, and musician. Contact: eden.luna@icloud.com

Plenary Panel: The Multi-Dimensions of Gender
A panel discussion highlighting the voices of transgender movement, action, and resilience in Los Angeles featuring Eden Luna, Ezra Michael, Mars Wright, and Xelestiál Moreno-Luz with transgender health advocate Luckie Alexander as the moderator. The panel will highlight the power of community and self-affirmation, the importance of transgender accomplice-ship, and the intersections of art and multidimensional genders.